On the corner of 25th St and 8th Ave we are in the process of creating the Thumbelina  Park and Community Garden.  At  Thumbelina like most other gardens we grow plants but more importantly like any really good community garden, what we also  grow is community.  Currently in a garden space just 6 feet by 6 feet, an ever expanding number  of our neighbors are growing a community space. 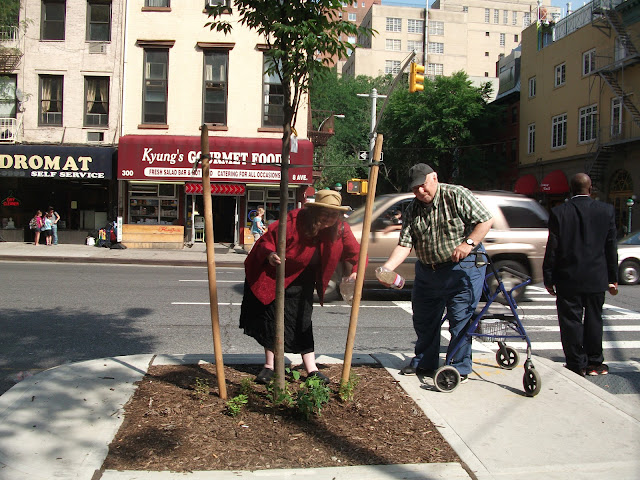 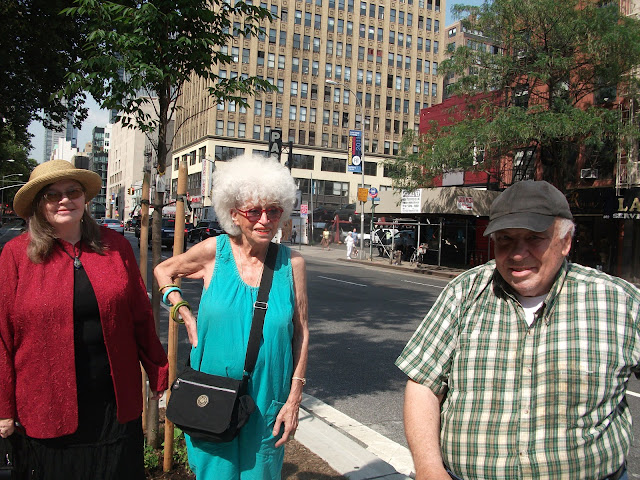 Here again at the ceremony are Ranger  Maureen on the left, His honor Mayor Tyler on the right and in the middle Gloria Sukenick well-known affordable housing activists who has offered to be the affordable birdhouse coordinator for the Thumbelina community garden. 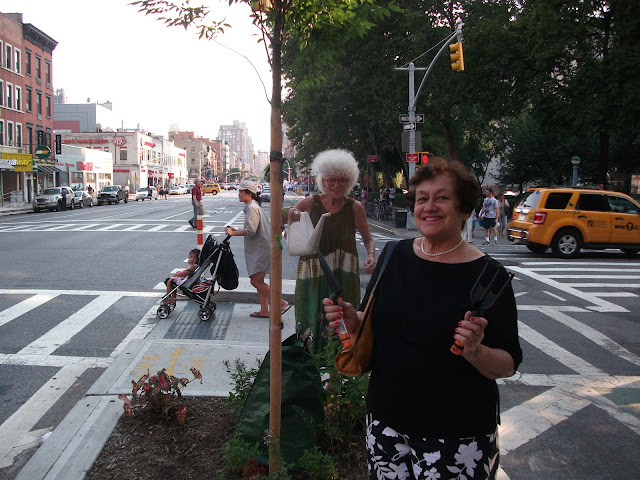 Ranger Rita is shown here in the foreground with the tools of her trade.  In the rear Gloria Sukenick. 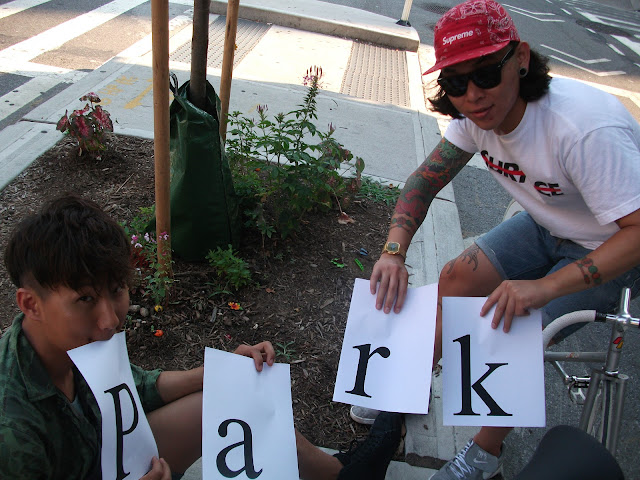 Though we have yet to officially open up the Park section of Thumbelina Park and Community Garden we are still pleased to see that local residents have seen Thumbelina for the oasis that it is and have been unofficially parking themselves in it.
UPDATE July 28, 2011: HJ (left) and Jaeho (who lives on 25th Street between 7th and 8th avenues.)  have now officially joined us as Park Rangers. Please welcome them and from now on they will be known as Ranger HJ and Ranger Jaeho! 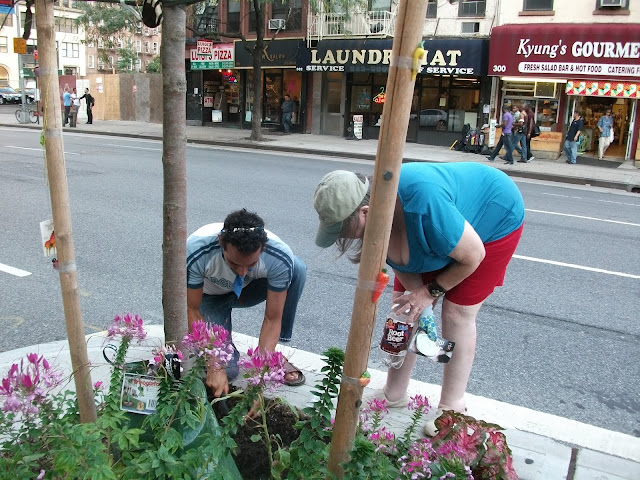 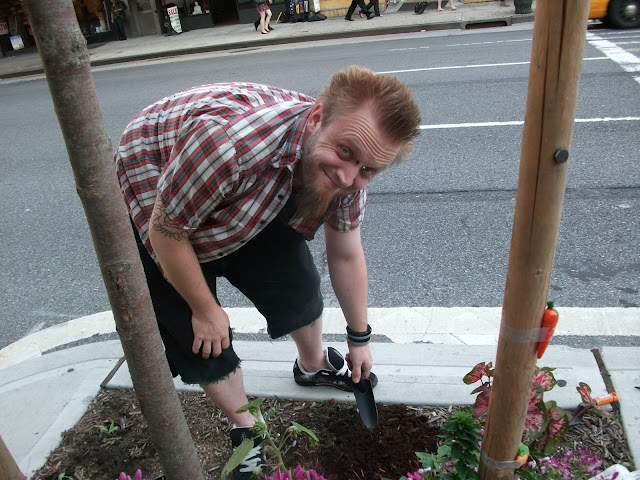 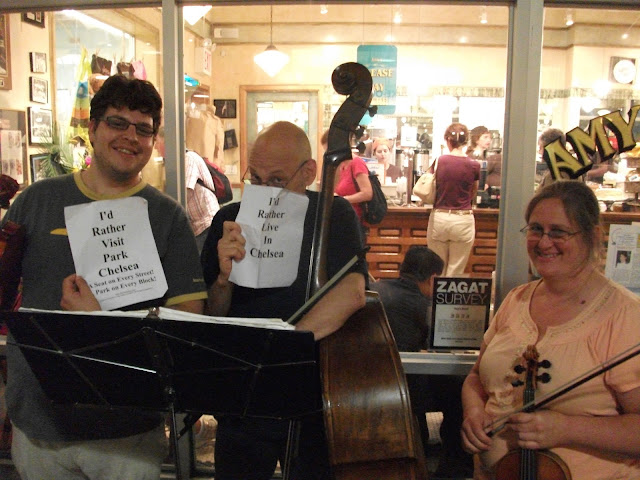 
Who's Who at Thumbelina  Park and Community Garden
8th @ 25th Street .