Much of the equipment will be real world recreation equipment things like lego sets and guitars. But those are 20th century recreation  objects. paratransit for parks will transform 20th century fixed parks into 21st century loose parks with concepts like  Augmented Reality and hi bandwith wifi gamiing.

Having recently seen Microsoft Holovision and Magic Leap  I see both of these technologies as creation tremendous opportunities to offer a single piece of recreation equipment that can meet far more recreation needs then any piece of fixed equipment. 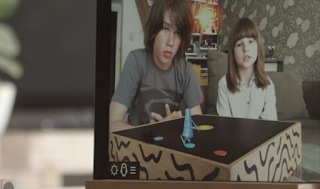 Koski is a building blocks game that combines Lego, magnets, and augmented reality in an engaging fashion that may eventually pull your kids away from Pokémon Go. The game — created by Václav Mlynář — uses wooden blocks, magnetic discs, and an iPad app to allow players to create digital worlds with features like trees, ladders, and waterfalls that characters can interact with.

Augmented Reality Aert Shoes in parks and other Public Spaces

This would allow for Art walks for people who have Smartphones  with GPS. By setting routs along the trail of Link NYC kiosks, everyone will have WiFI for these walks.


Pokémon Go, for all its novelty and nostalgia and fun, was never meant to be the pinnacle of AR gaming; it is simple and has little objective aside from “catching ‘em all.” What Pokémon Go is, however, is one of the first iterations of what will undeniably be many more AR games. If done right, some say the technology Go introduced to the world could bring back the kind of outdoor, creative, and social forms of play that used to be the mainstay of childhood. Augmented reality, it stands to reason, could revitalize the role of imagination in kids’ learning and development.  link

Allows you to add images to real world locations that are visible to anyone using the wallame application. A public space can be tagged with augmented reality imges.  A variation on Wallame could allow differemnt images to come up for different groups (older folks, kids, etc).

A park could have a table, parkgoers could choose the set of objects that will populate the table.  Recently I was in a public space with a chess set on the table, I sat at the table and fellow at the next table asked me do i play chess. I didn't  however with a AR application that matched chess players, a chess player at a bronxx park, could play with a chess player in a Manhattan park.

This could be done for other park structures too. 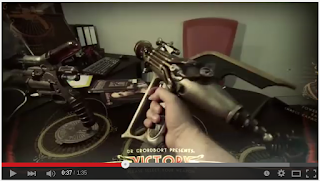 The raygun above is augmented reality, I doubt the person is holding anything, by giving them real world objects to hold the feel of the object will be enhanced... 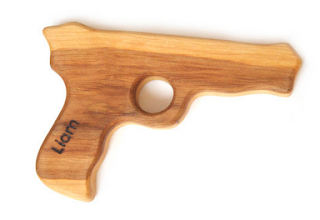 
-augmented reality gear will turn fixed parks into Loose Park based on peoples specific needs and desires (one link!)
Posted by . at 8:19 AM