Fringe Festivals have been an incredible idea for performers on the fringe. Normally these folks would rarely be on the radar for reviews in newspapers and magazines. but by working together as a "festival"  they get a lot more notice

Though there are over 500 of them. Privately Owned Public spaces have in general garnered little notice in NYC. Unlike the NYC Parks Department's Parks there is no organization out there "touting" POPS in our communities.


The Park Chelsea maps put POPS on a community map, that intergrates them as EQUALS with NYC's Parks and Plazas.

How else can POPS be linked as part of a bigger concept?

The Stonehenge Ritz POPS does events... 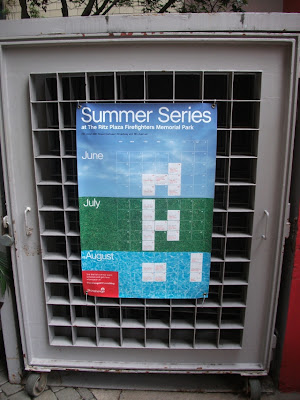 Other POPS run other events too. NY Public libraries hire people to do shows at the libraries, our parks dept hires instructors for our parks, DOT created a Summer Streets festival . .  If these departments can do it no reason City Planning can't work towards creating a POPS festival too! What's needed is a coordinator of POPS events at City Planning, to both create a calendar of existing POPS events and to also program events at POPS spaces.

A Grand Proclamation and the Winner is...

A proclamation honoring all the hard work of the Chelsea Garden Club's gardeners was read Wednesday, August 22 at City Hall at 1:30pm 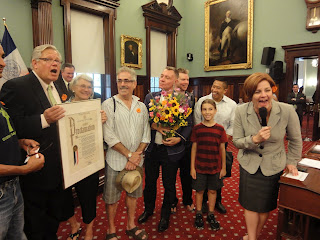 Everyone had a terrific time at the Proclamation last week and Sen. Tom Duane made time in his busy schedule to stand with the club.

A golden cosmo to Sen. Duane, Speaker Quinn and all our gardeners. Flower Power! link

The winner is... Luis Lujan! 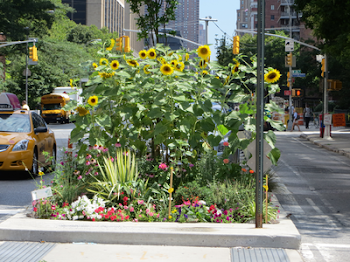 "Several decades ago, when William H. (Holly) Whyte was doing his "street life" research and observing people walking in cities, he concluded that people will walk many blocks if the walk is interesting”

Our gallery district is world renown. How about  adding sidewalk art to create the Gallery District Sidewalk Art walking Trail 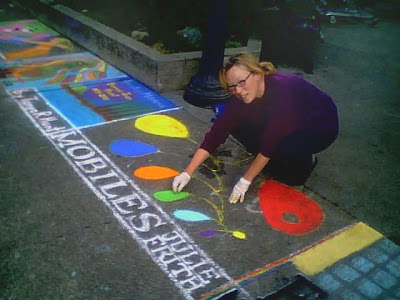 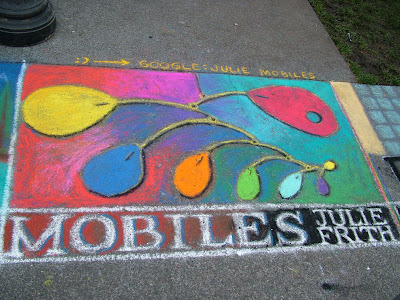 Pastels On the Plaza 2008. I decided to draw a square, after walking around and seeing a few empty squares. I had an hour and a half to burn, so why not do it. The coordinator was still there, so I asked to jump in, since I was an artist...you can draw for free. So she gave me two boxes of pastels, and I used every bit, rubbing the crumbs into the concrete. The first red petal was one stick! Theme.... well, I am always thinking of mobiles .... :)
link