My cousin Ester passed away at 97 years old last week, So I returned to Boro Park the Brooklyn neighborhood I grew up in for a condolence call. . Getting off  the train I saw 2 of the neighborhood schoolyards  had been transformed into playgrounds. Under the NYC Schoolyards to Playgrounds Program. 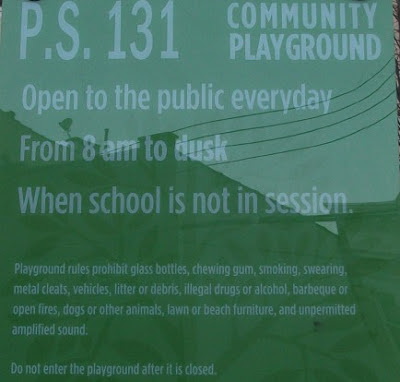 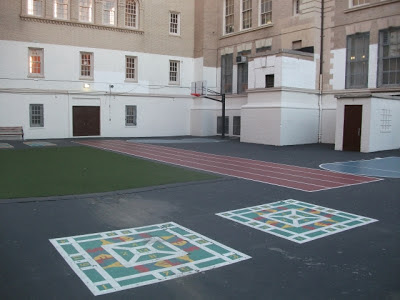 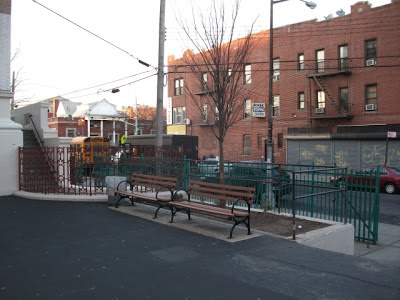 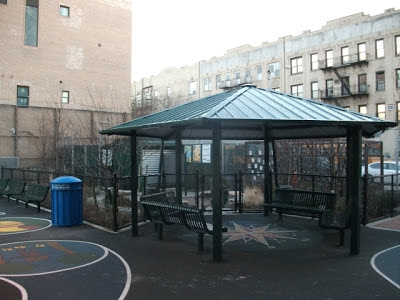 PS 138X Before and After

NYC's Schoolyards to Playgrounds program has the goal of converting over  200 NYC public school yards into public playgrounds that are open to all after school hours and on weekends. 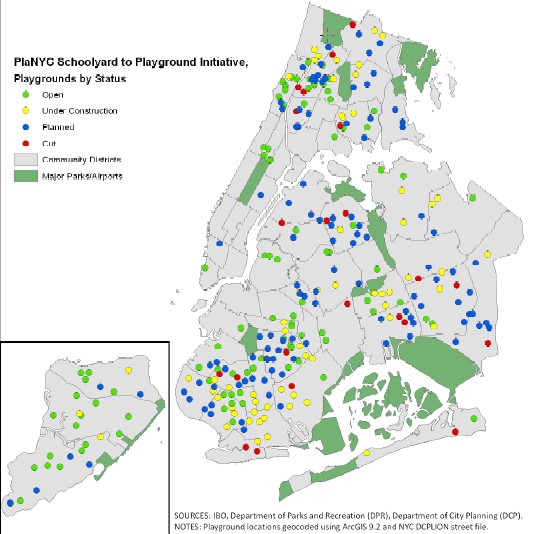 Chelsea- Our Chelsea neighborhood has too few parks link

Yorkville— The Upper East Side is starved of open space link

East Side: :the neighborhood has much less park space than most of the city, NY Observer


A lot is  written  about Manhattan neighborhoods being starved for open space . Why aren't more then 3 schoolyards below 110th street  being turned into playgrounds?

The Schoolyard to Playground Site at  116 West 11th St making it an easy walk to southeast Chelsea residents. However the site has been put on hold


71 Percent of New Yorkers Now Live Within a 10 Minute Walk of a Park or Playground
Mayor Michael R. Bloomberg, Director of the Mayor’s Office of Long-Term Planning and Sustainability David Bragdon, Parks & Recreation Commissioner Adrian Benepe and Schools Chancellor Dennis M. Walcott today opened the 200th “Schoolyard to Playground” at P.S. 69 in Jackson Heights as a part of the PlaNYC initiative to ensure all New Yorkers live within a 10 minute walk of a park or playground. The newly opened playground at P.S. 69 is the latest schoolyard to be renovated and opened to the public during non-school hours through the program, which is turning schoolyards into playgrounds in neighborhoods across the city. The Mayor also was joined at the announcement at P.S. 69 by Queens Borough President Helen M. Marshall, State Senator Jose R. Peralta, Assembly Member Francisco P. Moya, City Council Member Daniel Dromm, P.S. 69 Principal Martha Vazquez and Mary Alice Lee of the Trust for Public Land, the City’s primary partner for the program.
“Since 2002, our Administration has been committed to creating new public parks and new open spaces of every kind,” said Mayor Bloomberg. “PlaNYC, our long-term sustainability agenda, identified public schoolyards that could be opened up year-round in neighborhoods most in need of open space. Despite the economic downturn, we’ve maintained our commitment to this innovative program and we are delivering on our promise. In a time of tight budgets, our schoolyards represent a great opportunity for transforming existing, underused resources into something we can all enjoy.”
“PlaNYC sets a goal of every New Yorker living with a 10 minute walk of a park,” said Director of Long-term Planning and Sustainability Bragdon. “It’s a simply-stated but profoundly ambitious goal, and one we are on the way to delivering. The Schoolyard to Playground program is a creative use of previously underused open space to bring recreation opportunities to underserved neighborhoods and do it cost-effectively for taxpayers.”
“Active play and recreation are not only for having fun, but play a crucial role in child development and fitness,” said Parks Commissioner Benepe. “Thanks to our program, we have been able to create more spaces for children to play by improving schoolyards and keeping them open outside of school hours. This 200th site is an important milestone in making our city a more sustainable, healthier place to live and play.”
“The strong partnership between PlaNYC, the Parks Department and the Department of Education has been so instrumental to the City’s efforts to ensure children have access to safe and clean playgrounds in their neighborhoods,” Schools Chancellor Walcott. “I am so happy to be here today at P.S. 69 in Queens to mark this important milestone and see children enjoying this new space.”
PlaNYC’s Schoolyards to Playgrounds initiative is investing $87.6 million to convert schoolyards into playgrounds and community parks complete with fields, basketball courts, play equipment, gardens, and trees. The City works with the Trust for Public Land to design, develop, and open the sites, which are open and accessible to the community on weekdays from after school till dusk and on weekends or days when school is not in session from 8:00 AM till dusk.
PlaNYC calls for a total of 230 schoolyards to be converted into playgrounds by 2013. A schedule for an additional 28 locations is currently being determined.
The Trust for Public Land, which works across the country to conserve land for people to enjoy local parks, playgrounds, and natural areas, has helped design and build 30 of the Schoolyards to Playgrounds in PlaNYC and the Trust is working to help design another 125 of the locations in the program. The Trust also has built an additional 24 playgrounds in New York City.
The Schoolyards to Playgrounds initiative uses a participatory design process – designing the playgrounds with ideas generated by the local school community, including children and teachers. This design process facilitates in-depth interagency and community coordination and opens up dialogue to ensure continued success of the parks after they are open to the public.

The Bloomberg Administration reckoned that 69 schoolyards required nothing more than a school custodian to turn a key in order to help meet the goal. And by the summer of 2007, 69 were in fact opened—at a cost of $50,000 per school to pay custodians as reported by the New York Post—in neighborhoods ranging from Brownsville in Brooklyn to Belmont in the Bronx. link

If you can turn schoolyards into Fixed equiopment parks, I think Libraries with Lawns can be turned into Loose Parks.

The closest park to this  NYPL Tottenville  branch on Staten Island,is a 10 minute walk. This branch  has  benches on its lawn(upper left) so it currently acts as a passive recreation park.  . By adding portable  recreation equipment lending to this branch,  you would now have an active recreation park with a staffed parkhouse.

This is Staten Islands St Georges Branch Library. Note the lawn that is I suspect currently mostly used by birds and local squirrels.

By offering Recreation equipment loan of items like  hula, hoops, jump ropes, lawn chairs, board games,  etc, this space  can be transformed into a outdoor playspace for the neighborhood.

If NYC's Department of Transportation can transform its roadways(below) into parks, no reason our libraries can do what the Johnston Library did and turn their laws into staffed micro parks that loan recreation equipment.