A project funded by the R.W. Johnson Foundation studied 20 parks in Duram, NC  The "main surprise was that the majority were highly underused," says Moore. One park never saw a single user, they also found the parks with the most activity had new or recently renovated playgrounds that offered diverse choices for play." link

Duram NC isn't the only city with underused park/public spacess. A lot of public spaces in NYC are underutilized, I suspect because they offer people little or nothing to do 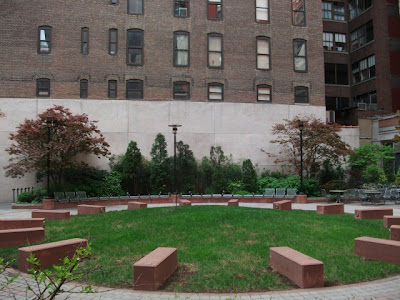 This space on 28th Street between 5th and Madison Ave, NYC is barely used 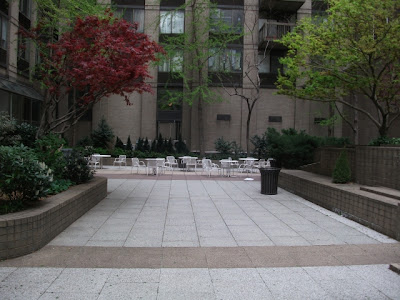 
and then there are public spaces that offer some people something to do, and others little to do. Recently I attended a planning  session  to create a park on 20th Street in Manhattan...

Sixteen-year-old D’En Vargas suggested a multi-use basketball court to his group — an idea that wasn’t so warmly received.
“Without that, a lot of teens won’t come — they go to the park to play sports. It would be uniting us with everybody else,” said Vargas, who lives in Queens but spends a lot of time at his grandmother’s in Chelsea.

The debates were spirited — and not always satisfactory for everyone. D’en Vargas, 16, second from right, encountered staunch resistance against his idea for a multi-use sports field on the small plot. Photo by Yannic Rack.

“This is more of an older group, so my opinion is currently being shot down,” he confided later. “But I’m still fighting for it.”


Vargas lost his fight, the park is being built without any activities for his group and as he says, it is not going to be used by teens.

The point of all this is that a lot of parks designed in the 20th century explicitly exclude use by many groups because they offer no activities of interest in them.